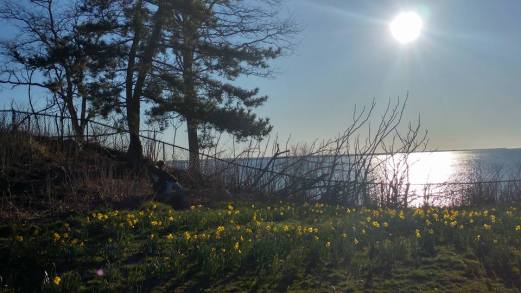 The possibility of Asperger’s Syndrome dawned on me through a lucky combination of life circumstances. Lucky may not be the perfect word, but when I was 28, I sought out a therapist to address a growing struggle with social anxiety. This was brought on after a unique experience teaching at a school for kids with autism a short time before.

Up until that time, I had been working in either retail or food service as a barista, jobs which require an adherence to a set number of tasks done in a set way. I excelled in this environment, as I had the blueprint in my head of how a service-person is supposed to interact with customers, having been a customer myself thousands of times before.

Then I was thrust into this world where the “way of doing things” was a little more complicated in the problem-solving area. Many times I was alone and in a near panic as to what I was supposed to do. I found myself in conflict between what I thought was best and what “the rules” dictated I should be doing. Worst of all, I could not connect with other teachers to form the support network I needed to help me. I remember looking jealously around at those coworkers who had started at the school in the same month I did. Within a few weeks, they were skipping up to their new friends, talking excitedly about what they had done that weekend, and making plans together for the next. It was an exceptional day if I could manage a two-word conversation in the hallway once a week.

Very soon, the stress and anxiety got to me to a degree that I could not handle and I began seeing someone about my anxiety. I had also done obsessive research on autism and had discovered the term “Asperger’s.” After a few months, I asked my therapist if she could refer me to a psychologist who had experience diagnosing adults, and the next week she gave me a name and phone number. I had taken several unofficial tests online as a starting point and was consistently scoring well into the ASD range.

After a few weeks and some very long tests, the psychologist told me she believed I was “on the right track” as far as Asperger’s and that I had also scored “off the charts” for depression.

Anxiety and depression are topics that go hand-in-hand in my personal experience with Asperger’s, and it has been backed up in my research and personal conversations with other Aspies that a very large number of Aspie women also suffer with some degree of social anxiety. After all, it makes perfect sense, doesn’t it? There is also a large number of women suffering from depression as a result of challenges that come up in life for a woman with Asperger’s, especially if they are undiagnosed.

I grew up with an identity that revolved around being introverted and painfully shy. It was difficult to ground myself in a certain personality because I was always adjusting it to fit in with those around me. In college, I regularly hung out with three completely different groups of people, turning into something of a chameleon whenever I had to switch from one to the other. When I got married after my senior year of college, I asked four girls to be a part of the wedding party, each from a completely different personality corner of my life, and it became painfully obvious during our outings together that these personalities did not mesh all together. I found out the hard way that I could not be all of these personalities all at once!

Most significantly, and probably one of the catalysts leading to depression, was my experience with relationships in college. I was painfully naive; always have been compared to my peers, I think. My friendships were inauthentic, and I fell into a schedule of partying just trying “to be normal” and to do the things I thought I was supposed to be doing. I met many people who were never interested in being close friends, but friendship itself was such a difficult concept for me, I could not weed out who I could and could not trust. I also had some unfortunate run-ins with men who saw they could take advantage of this naive way of thinking, and it is one of the reasons I felt strongly about beginning a blog to voice some of these concerns that do not seem to be in the mainstream yet, even in the autism and Asperger’s communities.

I hope you will come back each week as I create new posts to address some of the important topics that have been close to my heart. Thank you so much for reading!

Music by the author